You are using an out of date browser. It may not display this or other websites correctly.
You should upgrade or use an alternative browser.


“Now YHVH said unto Abram: Get thee out of thy country and from thy kindred, and from thy father’s house, unto a land that I will show thee” these are the opening words that YHVH speaks unto Abram. A Midrash interprets this to mean; “Go forth to find your authentic self to learn who you are meant to be”

This might be a command to every person on earth. We are to “go forth” and find “Adonai” and discover who He intends us to be! Our destiny should be entirely in HIS hands.

Now we might ask, “why did YHVH choose Abram to begin his chosen people?” No one really knows the “why?” only that he DID choose him. Perhaps he had a curious and searching mind, searching for the real and true God.

We must remember that there was no such person as a “Jew” back then. Abram was a Mesopotamian, from the Chaldean city of “Ur” similar to the Hebrew “Ir” which means “city”. He was raised as an idol worshipper, and his family’s business, according to the rabbis, was making and selling idols.

Hebrew tradition teaches that when Abram was young, he attended the “School of Shem”. Shem, the son of Noah taught youths about the true God, Adonai-Elohim, the great El Shaddai, so, Abram might have known something about Elohim from Shem, that is if the story is true. But like I said, it is a story based on tradition.

We only know that YHVH chose Abram, and he accepted and obeyed the voice of YHVH. Here is a commandment and the blessings of obeying the commandment. “Leave your father’s house and go to a land which I will show you.” We see that G-d wanted Abram to distance himself from idol worshipping and everything connected with the such. Once he obeyed the voice of HaShem, THEN… the blessings would come;

we later see that under “being a great nation” we could add the promise; “Your seed will be like the dust of the earth” and also “like the stars of heaven” What do these promises involve?

First of all, let’s look at the words; “Dust of the earth” and “stars of heaven”. Am Israel becoming as the “dust” of the earth, in that they were “trampled upon” by many nations that wanted to extinguish the Jewish people, yet they were also as the “stars of heaven” they shone with the light of Adonai, they brought the worship of the ONE true GOD, Adonai-Elohim-Yeshuah. And from Am Israel, came “Yeshua” who is the “Light of the World”

Once Abram obeyed the voice of YHVH, and he arrived in the land of Canaan, then came the testings. We see that Adonai wanted to test his faith like he tests us all in many different ways. Yes, we all want blessings, but at times, blessings come with a price.

“Am Gadol” a great nation or a great people. It started with Yitzchak, the first and only son of Abram and Sarah. From him we know the story; Yitzchak > Ya’akov > 12 tribes > multitudes! As a sign, YHVH changed the name of Abram to Abraham. If we look at the paleo Hebrew symbolism in the name “Abram” we see “Alef” “Beit” “Resh” and “Mem”. 4 letters, “4” symbolized the 4 corners of the earth. The descendants of Abraham are in all 4 corners of the earth. But we can see these letters meaning or symbolizing “the father who is the head of a multitude”. Also, we can read this as; God blesses the first house with a multitude”.

Later, YHVH changes his name by adding the letter “hey” (h). Now it is “abraHam”. What is the significance of the “H”? Well, one way we can look at it is that the “hey” (h) is the only letter in the Hebrew Alef-bet that is pronounced with one “breathing out air”. When you pronounce “h” we send out a puff of air from our mouth. We can also say “wind” in Hebrew; “Ruach” it also means “spirit”. SO…we can say that “YHVH sent out the “spirit of life” into the womb of Sarah through the seed of Abraham. Also, the ancient meaning of the letter “hey” is “Behold!” so, we can say “Behold, a multitude is coming from Abraham and Sarah!” starting with Yitzchak.

Yet we cannot forget about Ishmael, who was the son of Abraham and Hagar, the Egyptian. The promise extended to him too, although this was not part of God’s “perfect” will. He “permitted” the union between Abraham and Hagar, yet with consequences; the Arab nations who are the enemies of Israel. “Ishmael” means “God listens (to man)” “Ish+shema+El. (reading right to left) HOWEVER if we read from left to right we get “Man listens to God” and every man that listens to God, in obedience, whether Arab or any other ethnic identity, that man will be blessed also.

Adonai stated also that “in thee, all of the families of the world would be blessed”. The greatest blessing is in Yeshua HaMashiach. From the seed of Abraham, came the nation of Israel, and we know that Mary and Joseph, the guardians of Yeshua were of the seed of Abraham, and more closely, the seed of David. We need to look not so much at physical blessings, nor biological/genealogical blessings. We might be of Jewish ancestry, but that does not secure for us salvation, we need to look at Yeshua our Messiah, who is our “Yeshuateinu” (our salvation)

This chapter also states that “Abram took his wife Sarai and his brother’s son Lot, and all the wealth that they had amassed and the persons that they had acquired in Haran and they set out for the land of Canaan”

Some translations say “souls” instead of “persons”. We can assume that by these words “acquired persons or souls” that Abram and Sarai were “soul winners” that they converted many “souls” in Haran to the belief in the one TRUE GOD, that they abandoned the false deities and were thus “grafted in” sort of saying, into the “Mishpocha Abram” (the family of Abram) They also probably bought servants and slaves, and I am sure that they witnessed to them too.

The Word also states that Abraham acquired much “wealth” and took it with him of course. This wealth was in the form of gold, silver, and livestock. We all have internal “wealth” which is the knowledge and wisdom which comes from studying God’s word, and that is what we take with us where ever we go. We are to “share” this wealth with others through teaching and preaching the WORD, and be witnesses of the “Living WORD”

Once they arrived in Canaan, they would be “Gerim” from the word “Ger” which means a “sojourner” that is a person who is not a native of that land, but who will live there. We could consider ourselves as “sojourners” on this planet called “earth” this earth is not our permanent home, even though we were born “earthlings” our true home is in Heaven, the New Jerusalem.

Now we look at Lot, Abraham’s nephew, Lot started arguing over land for cattle. So, Abraham says for him to select one area and he would go in the other direction. So, Lot chose “Sodom!” the land around it looked very fertile. That is the way the land of sin appears to people. It looks attractive. So, Lot pitched his tent TOWARDS Sodom…then…he actually enters and LIVES in Sodom. And so, it is with sin. We might get attracted to it, get closer to it, and finally, indulge in it! So, be careful!

Another fact we read is that Abram stopped in two places, “Shechem” and “Betel” where he built altars and worshiped Adonai there. We do the same, but we do not build stone altars. We worship Adonai in spirit and in truth. An interesting fact about the place “Beth-El, it means “House of God”. Yet the Canaanites worshiped a false deity which was also called “El” the difference between the god “El” of the Canaanites and “El Elyon” or “El Elohim” is that we worship the true EL, the “One who is Strong and who Leads and Instructs” as symbolized in the two Paleo-Hebrew letters; “Aleph and Lamed”

Circumcision! This is an important area, but some make it TOO important. YHVH instructed Abraham to be circumcised and that every male should also be circumcised. This was and is a mark of the covenant. But what about today? Is it still important? Yes, it is, but in the physical aspect of the same. For male health and cleanliness, it is good for every baby boy to be circumcised. YHVH is more concerned about our heart condition. Moshe stated that the “foreskin of our hearts should be circumcised”. Spiritually speaking, the “foreskin” of our hearts is the carnal ways that we all have, being that we are a fallen race and have the inbred original sin.

“So, circumcise your heart and stiffen your neck no longer” (Deut 10:16)


Have a blessed week 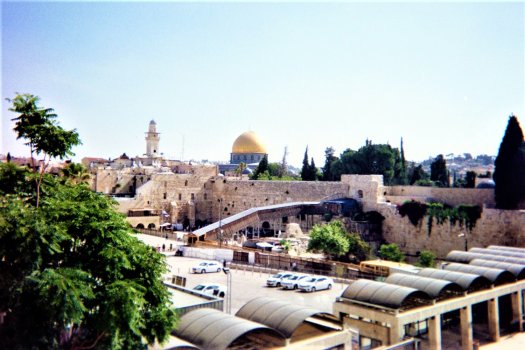 @Ben Abraham, you have started two threads with the same material. This is really not really kosher.
You must log in or register to reply here.

The Angel Of The Lord

Without God’s Promises To Noah, Abraham And David, We Would Be Up The Creek Without A Paddle! = Genesis 8;20-22